So week two in Ireland was just as fun, if not quite as filled with touristy things. Now that the three-day weekend was over, it was back to work – 4 hours in the morning, a 3-hour break, and 4+ more hours in the afternoon.

Tuesday, based on a suggestion by Miss Model and Tall One, BFF and I went on one of those splash boat tours. The tour in Dublin is Vikings themed – complete with Viking helmets. The bus goes around the Viking area of Dublin, then into the river, but I didn’t think the information particularly focused that much on the history of Vikings in the city. Or perhaps that’s just because we already went to a museum that has a whole floor dedicated to Vikings so I was underwhelmed. We did, however, get to growl and scream at people as our bus went down the road. Our group managed to startle one person; most just looked at us with amusement. It rained on Tuesday for about two hours. Can you guess when? That’s right while we were on the bus! We were in the first row without a roof. Kind of miserable. Definitely plan for rain and sit where the roof will cover you. We treated ourselves to hot chocolate from Butlers afterward. Yummy! BFF and I tried different kinds, and we both recommend the marshmallow one.

Wednesday was a girls’ day. BFF and I went out for some fish and chips (not actually worth writing about) and found a super cute gelato place, Isabella’s Gelateria and Cafe. It was decorated like and old school ice cream parlor. My recommendation?Get mint with cookies and cream (not cookie crisps to chew, just creamy goodness). We went with Miss Model to get our nails done – I did a bright color to celebrate (?) my new singledom. While we were there Miss Model got an invite to some fabulous event – premiere of Wonder Woman to be exact – so while she whisked away to the life of the famous, we went to a weird, but tasty Mexican restaurant, 777. Truthfully, I almost felt like it was too trendy for me, but the food was wonderful. You should definitely order the tacos. You basically make your own! 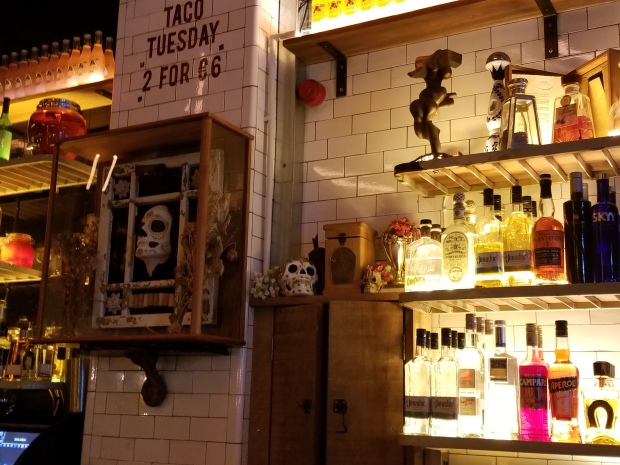 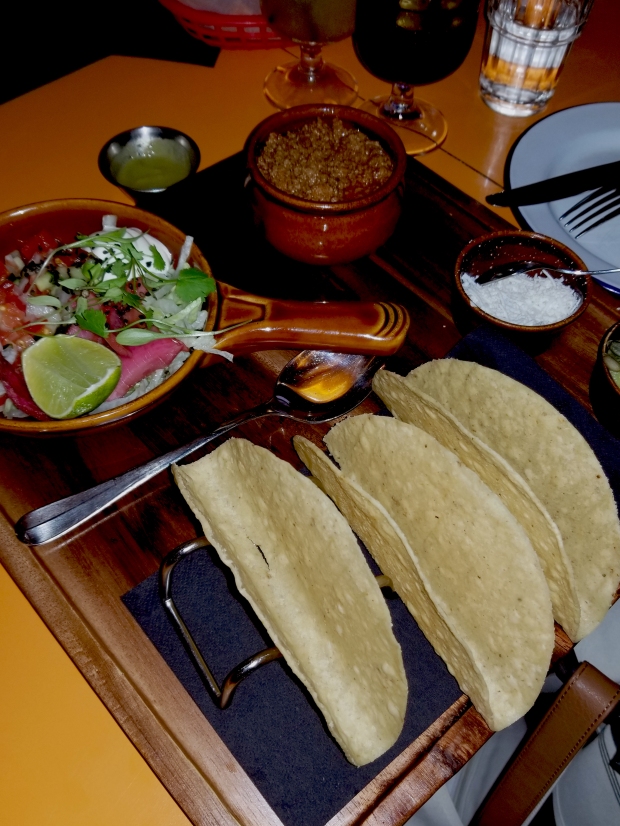 Thursday (our last full day), BFF indulged me and went on a bit of a culinary adventure with me. Whenever I travel, I like to find at least one place that is barely known even the locals, but has good reviews. I knew we both wanted to go to botanical gardens, which are a bit out of the way from normal touristy locations, so I thought this was the perfect chance. I did some research and discovered at place called the The Washerwoman. The restaurant is located on Glasnevin Hill, which is locally called Washerwoman’s Hill after the many women who came to wash their clothes in the Tolka river. The owners converted a stone cottage from the 1700s into a quirky restaurant. With that history, how could we not try it? 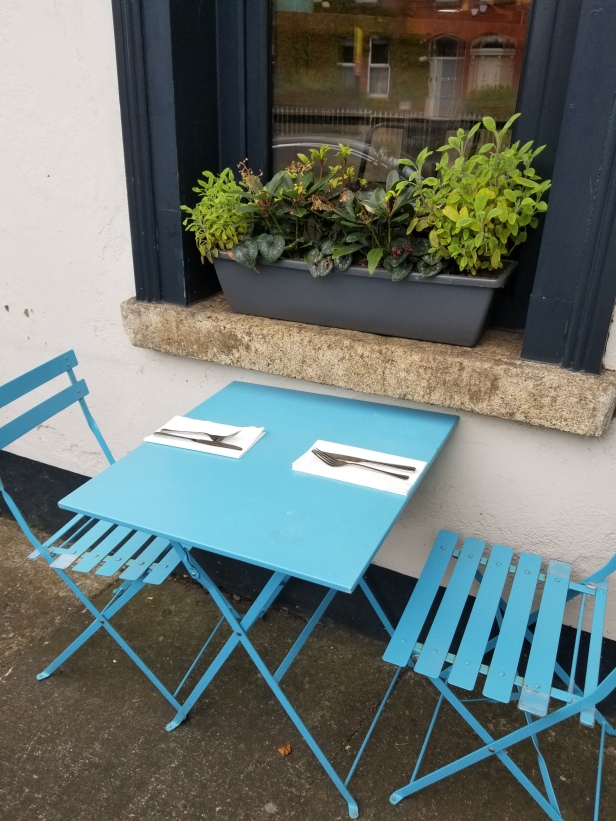 It was DELICIOUS! I think a contender for the top three meals we had the whole trip. We indulged and got drinks, an appetizer, main courses, and a dessert. And everything was perfect. Plus the décor was adorable. If you make it to Dublin, you need to plan a meal here. 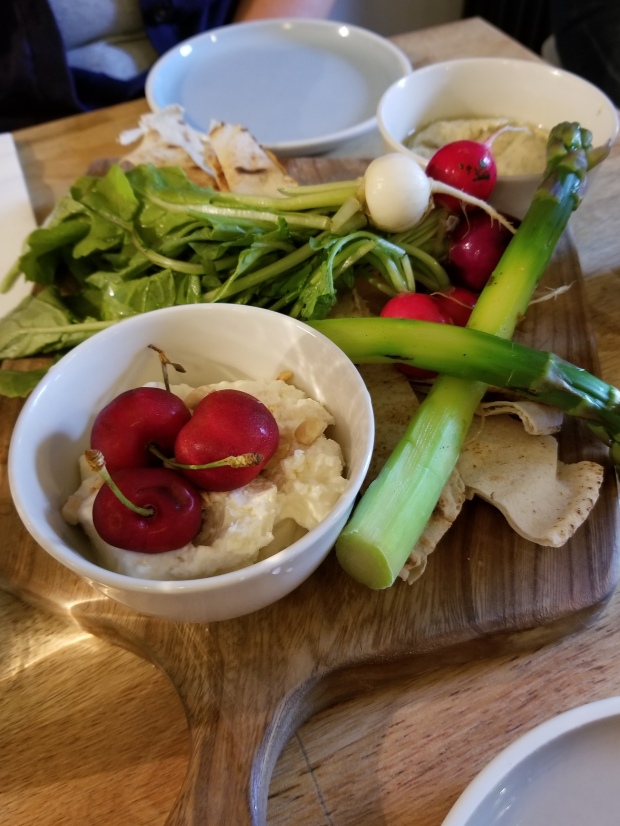 As you can see the dessert was so tempting we both ate some before I could even take a picture! We walked off the calories in the botanical garden. It was a bit misty, which just lent to the mystical feel of Irish gardens. Make sure to make it to the creek before you leave the gardens. 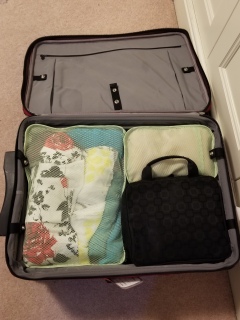 Friday morning – we’re off to the airport after a last walk in the park with Tall One and Miss Model’s puppy and a quick coffee shop breakfast.

Little did we know, we probably should have skipped our morning activities and headed to the airport even earlier (we got there 2 hours early). I don’t say this very often, but do not fly Air Canada. Every bit of the experience was poor – their online check-in didn’t work so the line to drop of bags was so long they tried to tell us we were late, they claimed there wouldn’t be enough overhead space so they offered free 2nd checked bags, but only to some people, they made us run to security, but then the flight was delayed, they didn’t announce the flight was delayed so we couldn’t get food or drinks, their plane was so old it didn’t even have air vents let alone TVs or power cords. There were other things too, but man was it an unpleasant experience.

You know what’s also not fun? Having a 6 hour layover in Canada because you purposefully planned the 2nd leg of your trip so your now ex could finish work and come pick you up? Then after that long layover landed at 9 p.m. and not having a ride so you have to take SuperShuttle for an hour or so ride into the city. And then that shuttle plays your couple song. But oh well, because I’m back in one of my favorite cities with my best friend and we have an awesome conference to go to! Right? Right.